For 91 Days in Oviedo

For 91 Days we lived in Oviedo, the capital of Asturias. An ancient, noble city surrounded by unbelievable nature, Oviedo provided a wonderful base for three months of hiking, sight-seeing and culture.
Whether you're planning your own journey to Asturias, or are just interested in seeing what makes it such a special region, our articles and photographs should help you out. 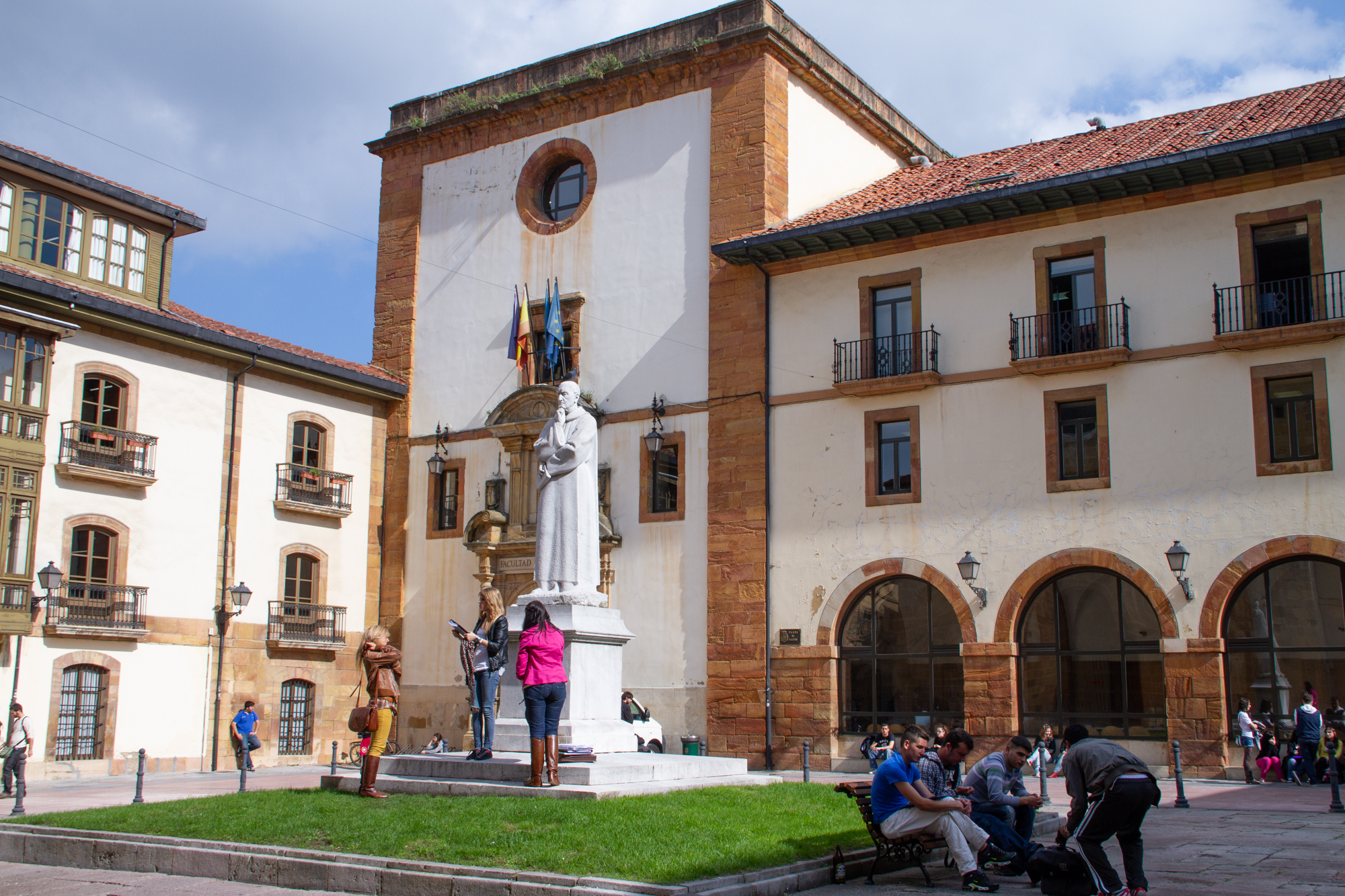 Though he was born in Galicia, Benito Jerónimo Feijóo spent the bulk of his life in Oviedo. One of Spain's foremost enlightenment thinkers, the intellectual, religious and philosophical works of Feijóo had reverberations throughout the world. The Benedictine monk died in 1769 at the ripe old age of 89, and is buried in the Iglesia de Santa María de la Corte, near the plaza which bears his name. 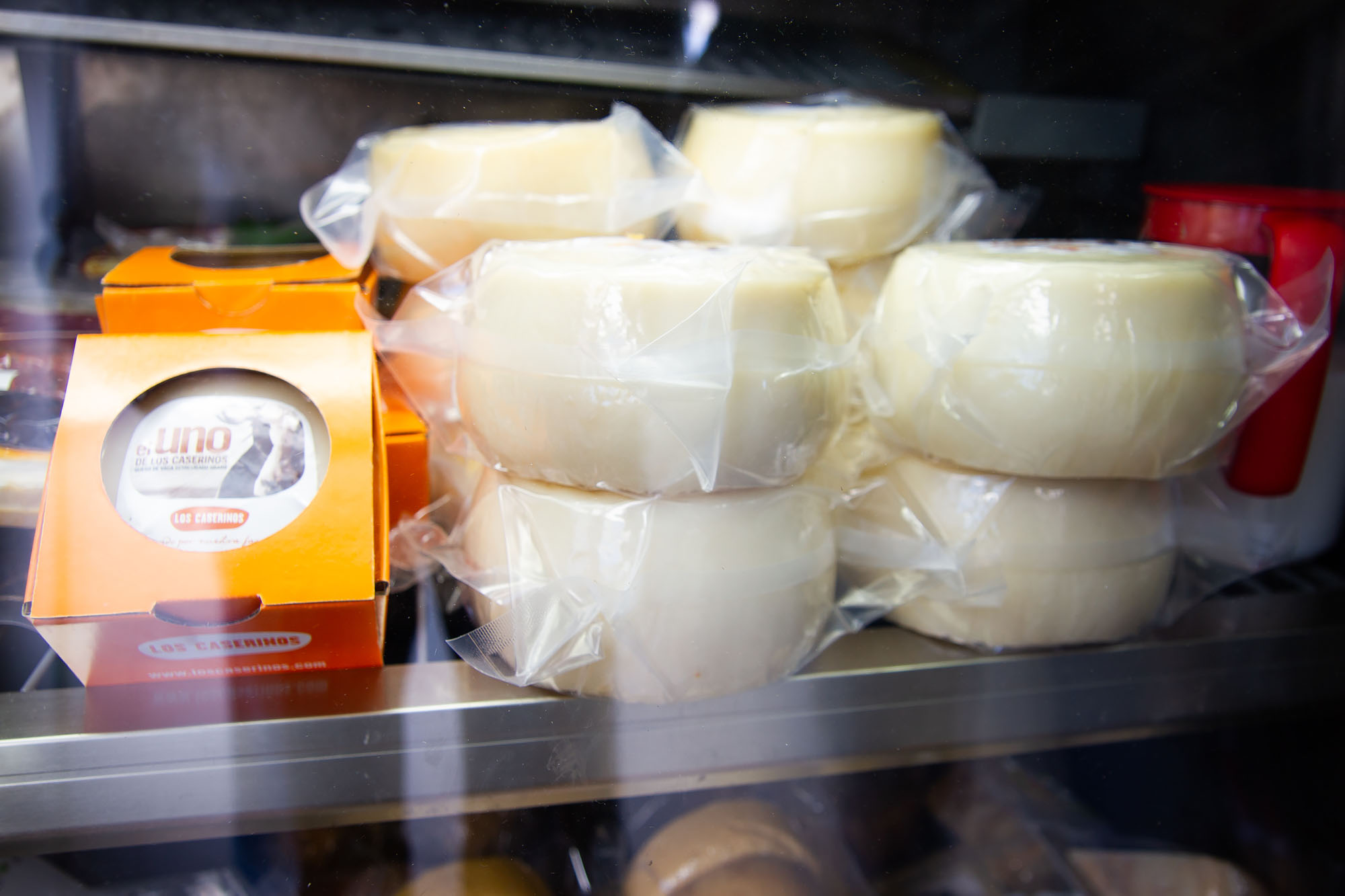 While Jürgen's family was visiting from Germany, we spent a day driving around the Comarca de la Sidra and ended up in a tiny town called Grases, which home to Los Caserinos: a family-owned farm that's been making cheese and milk for nearly a century. 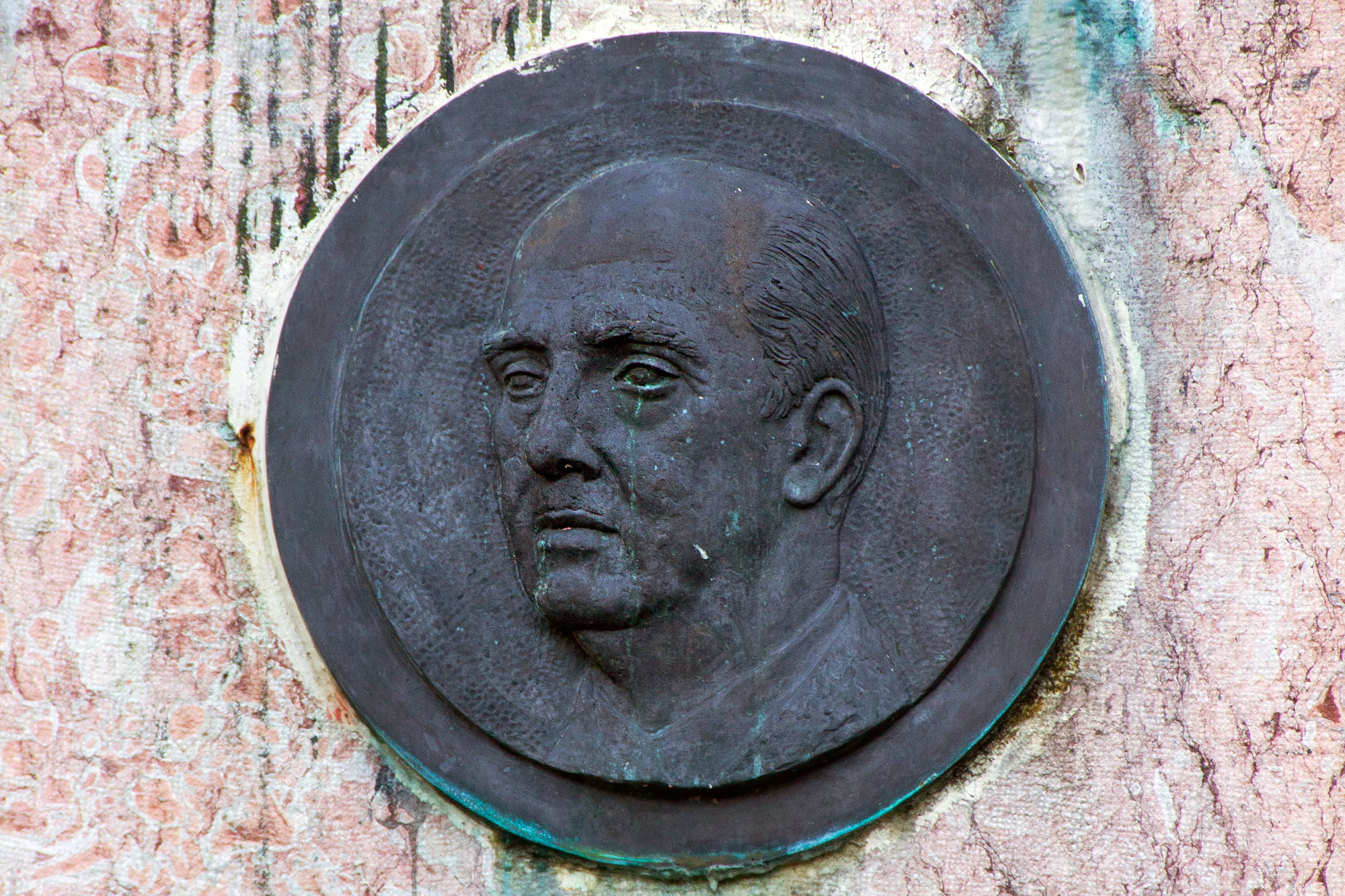 I love living in Spain for a lot of reasons: siestas, wine, crazy parties, friendly people, the beautiful language. Also, I'm fascinated by history, and Spain is full of it. The Spanish Civil War is of particular interest; the ultimate left-right clash, the workers against the privileged, the cohesion of the Francoists and the suicidal splintering of the liberals, the cowardice of the world's democracies, the brutality shown by foreign fascist powers, the self-sacrifice of the International Brigades and of course the war's terrible, soul-crushing end. In this movie, the bad guys won. It's utterly captivating. 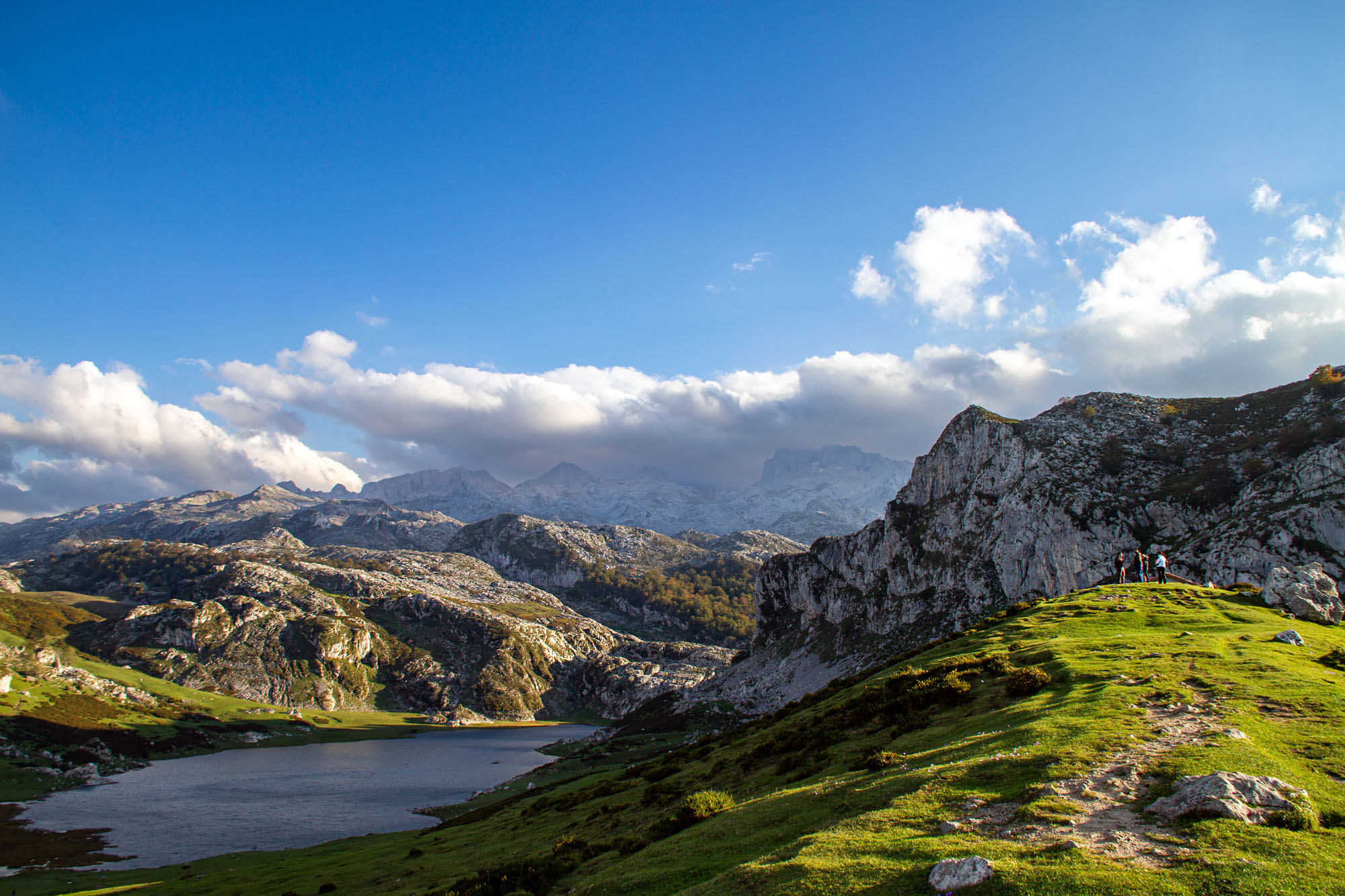 A road winds from the religious playland of Covadonga through a mountainous landscape, and ends at Enol and Ercina, twin glacial lakes separated at birth by a hilly clump of land. 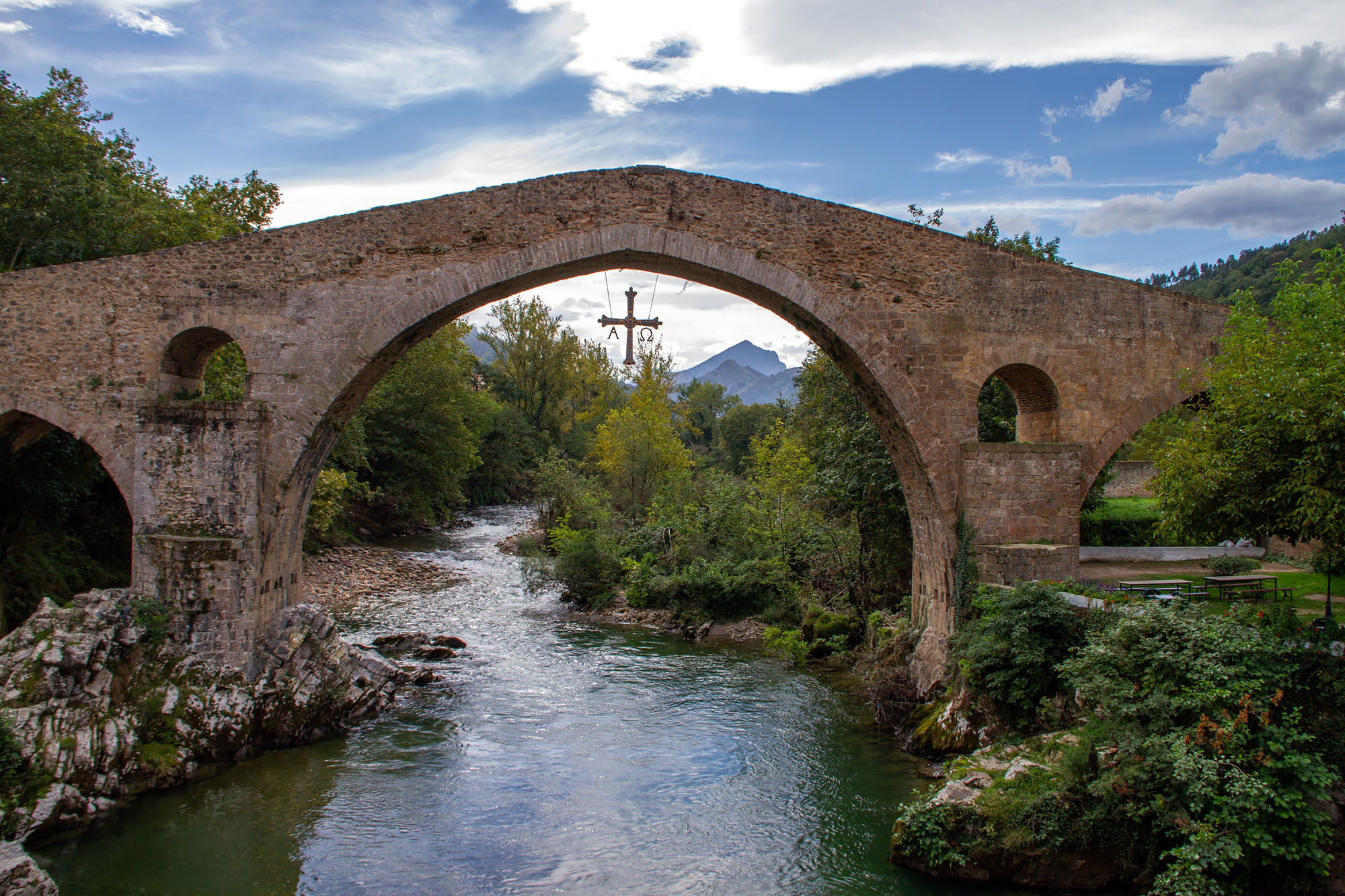 One of the most visited towns in all of Asturias is also one of its oldest. Serving as the entrance to the parks of Covadonga, the village of Cangas de Onís is inundated every weekend and throughout the summer with religious tourists who've come to pay tribute to the spiritual heart of Asturias. 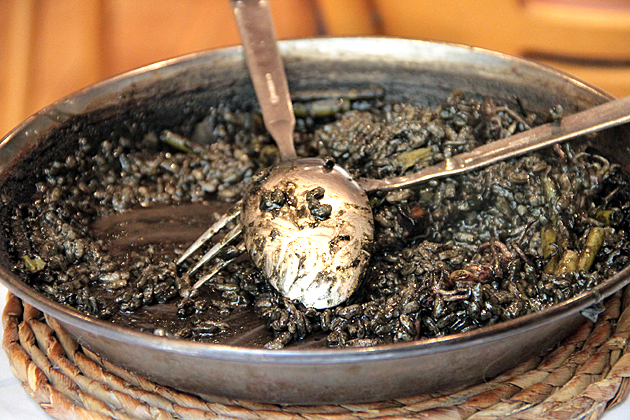 On Calle Cimadeville, just past the open arch of the Ayuntamiento building, La Más Barata is one of Oviedo's most famous and popular restaurants. 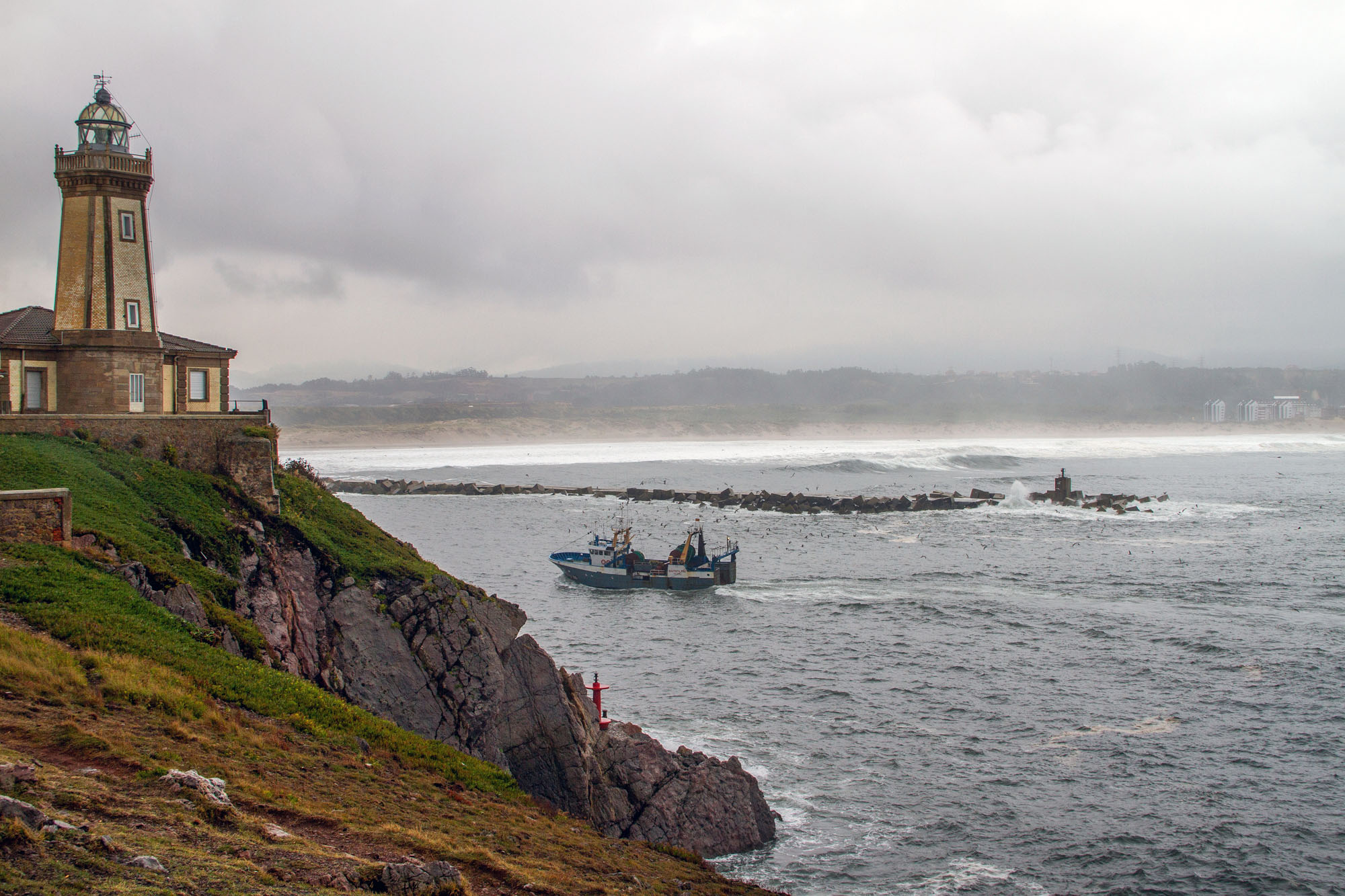 Jutting out into the Cantabrian sea, Cabo Peñas (the Cape of Rocks) is the most northern point in Asturias and an area of incredible natural beauty. We spent the day driving around the coast, from Luanco to the Lighthouse of San Juan de Nieva.

Continue ReadingDriving around the Cabo Peñas 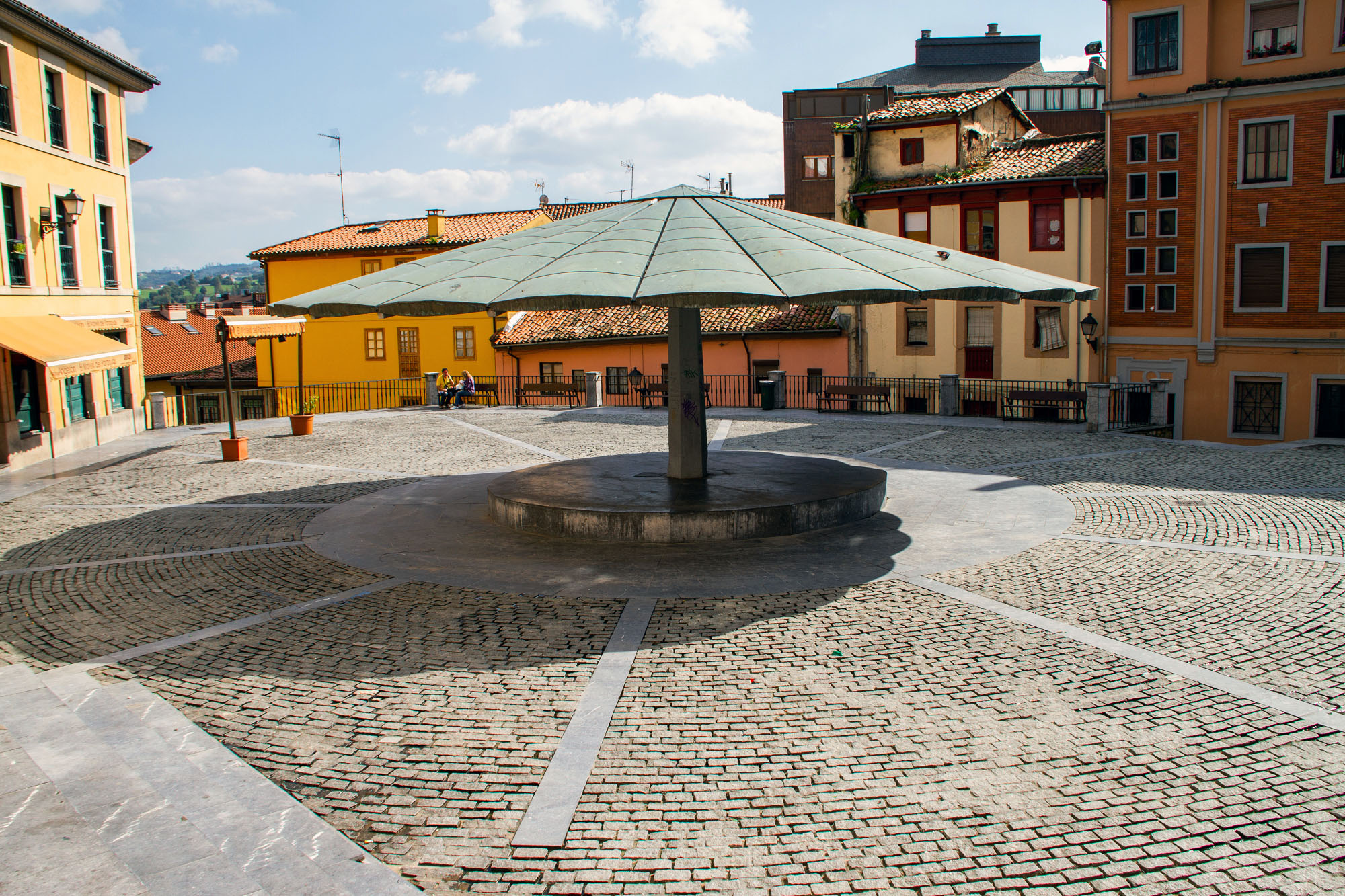 Our first two months in Asturias were marked by incredibly sunny weather. People kept warning us that this wasn't normal, and to prepare ourselves for rain in October. 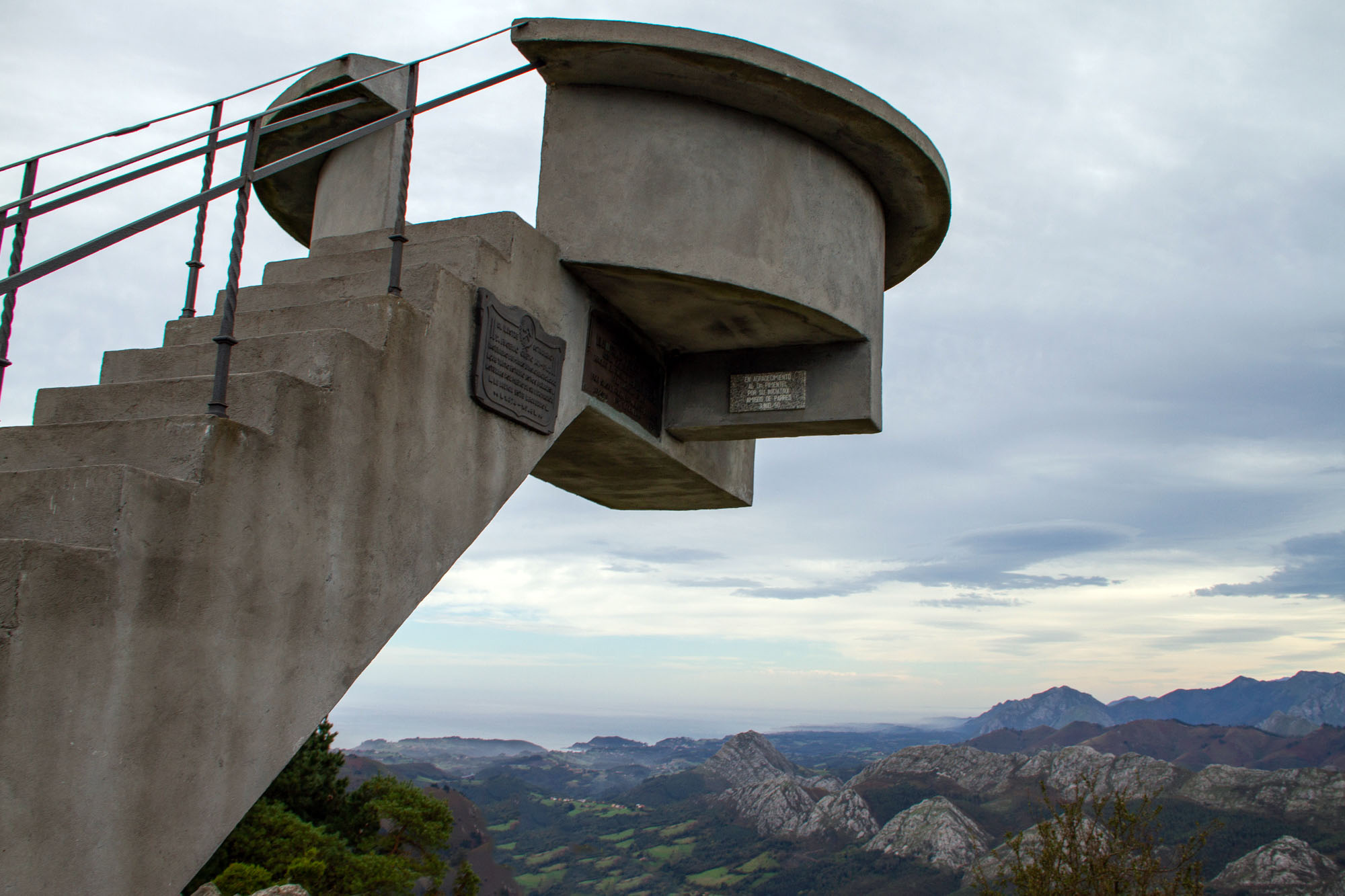 The road between Colunga and Arriondas winds through the Sueve mountain range. Midway through the drive, is a viewpoint called the Mirador del Fito, which offers an incredible view of the ocean, valleys and the Picos de Europa in the distance. 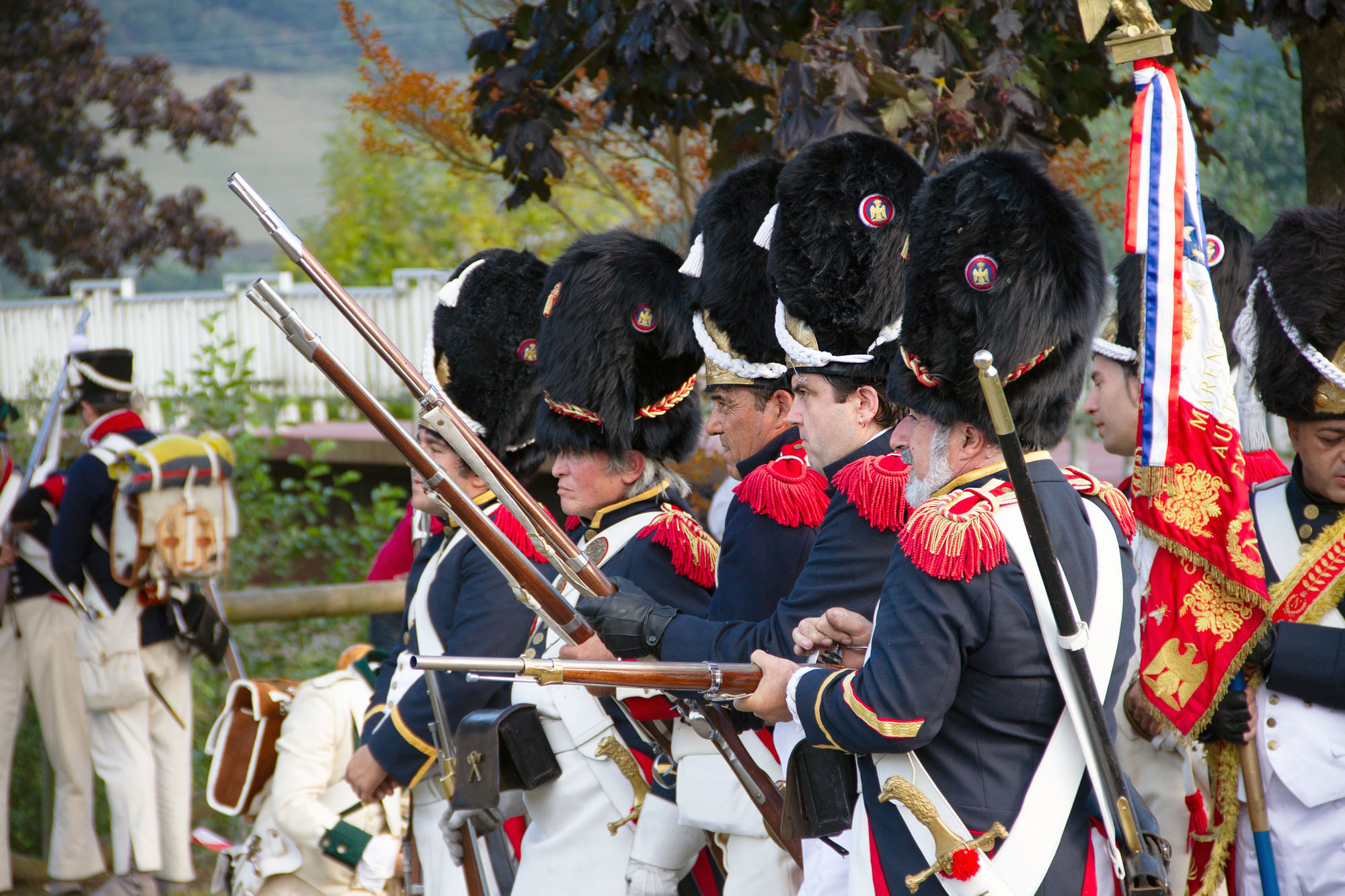 About 30 kilometers due west of Oviedo is the small town of Grado, home to about 7000 people. 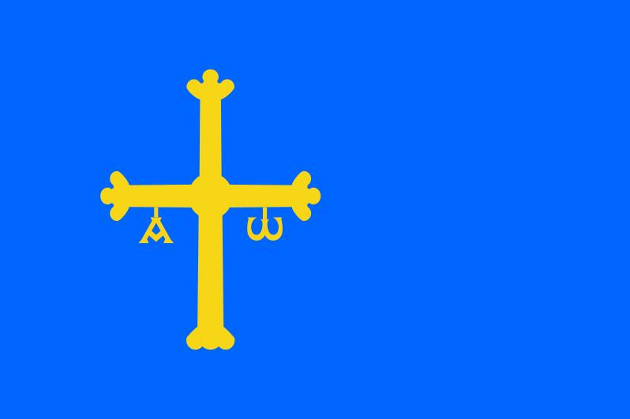 The official Anthem of Asturias, popularly elected in the 1890s, is a curious song. It's unlike any "national" anthem I've ever heard. There's nothing grand about it, and it seems more suited to a traditional dance than a national statement of identity. But, here, you be the judge: 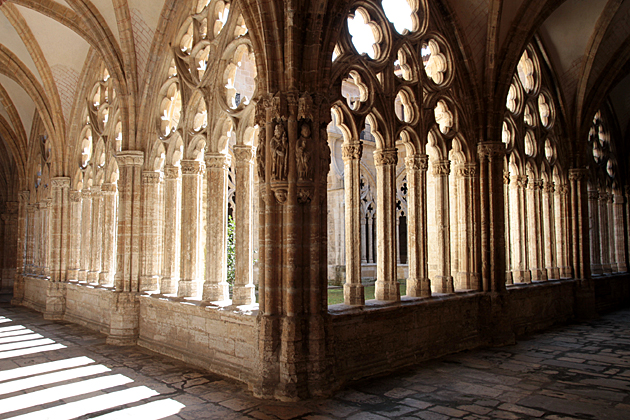 After admiring the relics in the Cámara Santa, visitors can continue their journey through the ancient wing of Oviedo's Cathedral by ascending to the second floor into the Museum of Sacred Art. This museum opened in 1990, and is one of Asturias' more important collections of religious iconography.