Michael Powell
For 91 Days we lived in Oviedo, the capital of Asturias. An ancient, noble city surrounded by unbelievable nature, Oviedo provided a wonderful base for three months of hiking, sight-seeing and culture. This was the first location in our 91 day travel project, and we couldn’t have picked a better place to start. Whether you’re planning your own journey to Asturias, or are just interested in seeing what makes it such a special region, our articles and photographs should help you out. Begin reading from the beginning of our journey, or skip to the end. Visit the comprehensive index of everything we wrote about, or just check out a few posts selected at random, below:
Showing #1 - 10 of 96 Articles 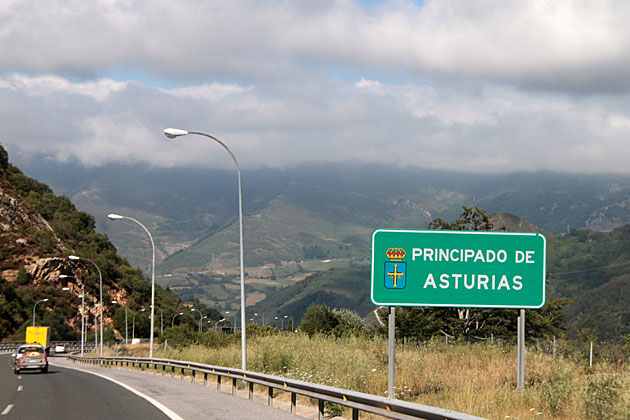 Our Arrival in Oviedo

The drive from Valencia to Oviedo is a long one, so it's lucky that the Spanish countryside is so beautiful. We needed seven hours to reach Salamanca, where we grabbed a beer in the massive Plaza Mayor, and spent the night. Before leaving the next morning, we had time to explore the cathedral, which must be the only church in the world that has a space-walking astronaut sculpted into its facade. 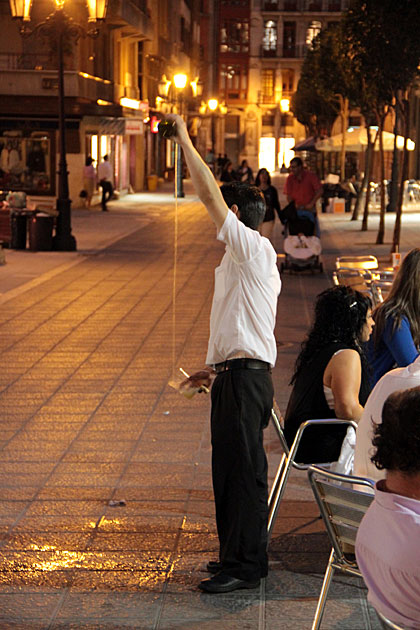 Cider (sidra) is a way of life in Asturias. Asturians drink cider at all times of the day, wherever they are. On the beach, in their houses, with lunch, with dinner and probably breakfast, before going to bed, when they're happy, sad or bored. Sidrerías blanket Oviedo, particularly on Calle Gascona, otherwise known as the Boulevard of Cider.

Despite the overcast weather on Saturday, we decided to check out the evocatively named Playa del Silencio: the Beach of Silence. After a 40 minute drive from Oviedo, access to the beach can be found in the tiny village of Castañeras 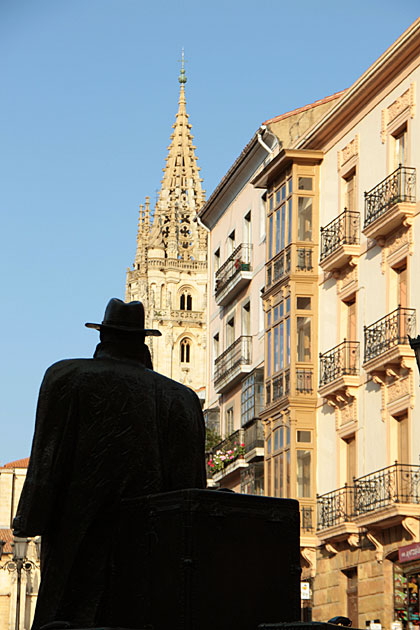 Oviedo's Statues: The Return of Williams B. Arrensberg

Oviedo is renowned for the statues which have been graced its streets since the early 1990s. From classic sculptures to modern art, a walk through Oviedo is like strolling through a giant open-air museum. A few really stand out, none more so than El Regreso de Williams B. Arrensberg, by Eduardo Úrculo, in the Plaza de Porlier. 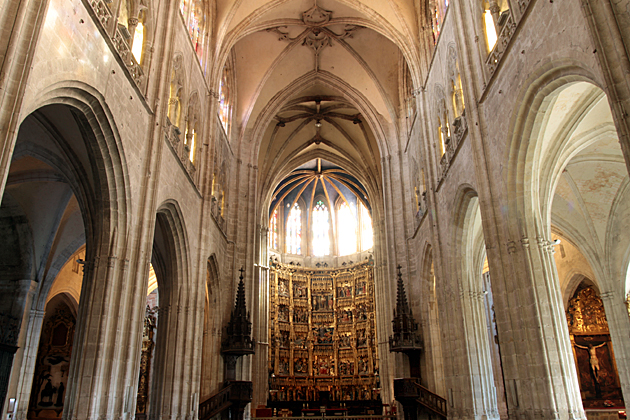 The Cathedral of Oviedo - First Impressions

Oviedo's most celebrated monument is the Catedral de San Salvador, found in the middle of the city and visible from miles away. Closely linked with the Camino de Santiago, the pilgrimage leading to Santiago de Compostela in Galicia, the cathedral is also known as Sancta Ovetensis in reference to the abundance of important artifacts stored inside. 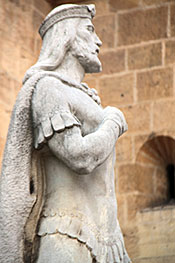 A Concise History of Oviedo

Possibly because I'm from the USA, where a building from 1910 is considered ancient, I'm fascinated by European history. A city like Oviedo, with centuries engraved into almost every corner and churches over one thousand years old... well, it's too much for my little corn-fed American mind to fully comprehend. 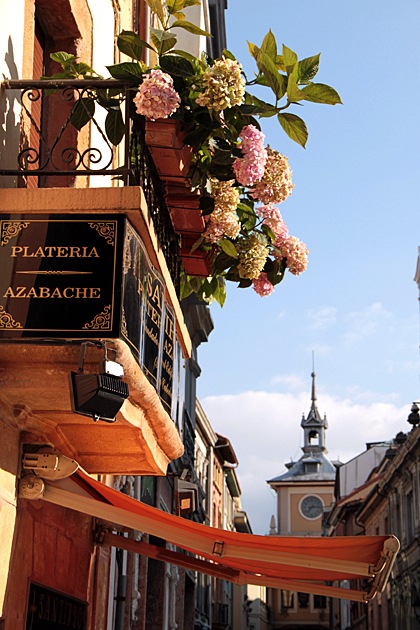 Once in awhile we'll be posting a random set of photos, which don't easily fit into other posts, but are too good to ignore! These are all from our first week in Oviedo, and reveal some of my initial impressions. 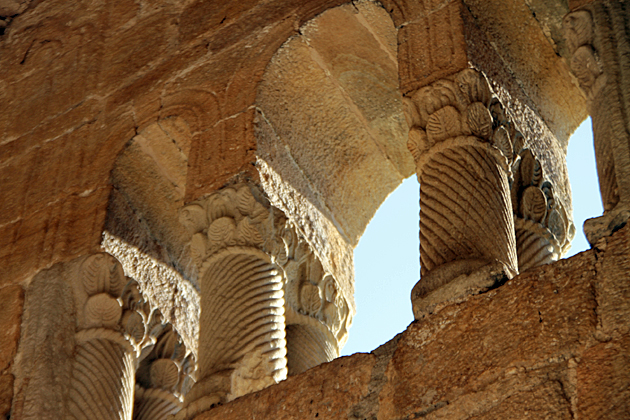 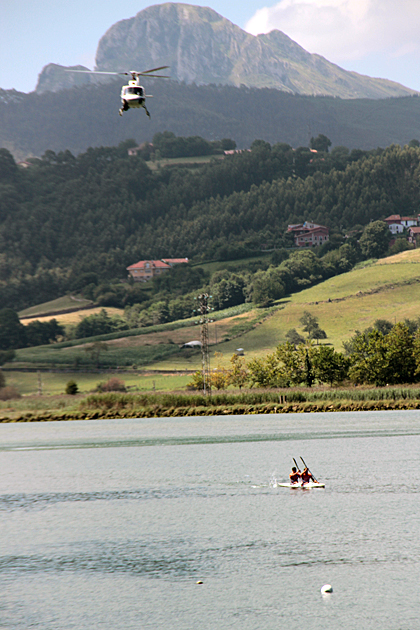 Entering 80 years of history, the International Descenso del Sella has become one of the most important events on the Asturian calendar. Over 300,000 people showed up to watch this year's canoe and kayak race and participate in a week full of parties. 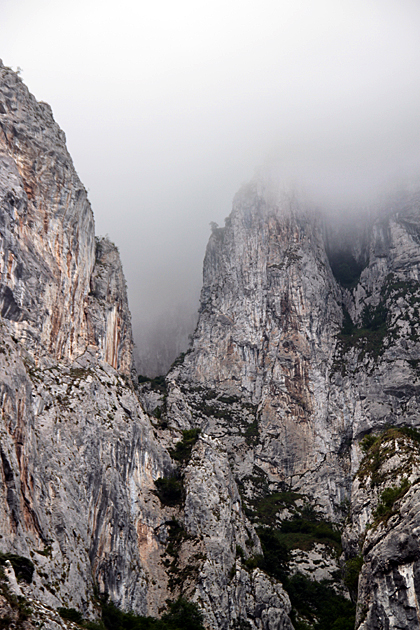 The villages of Tuñón and Entrago, found south of Oviedo, are connected by the Senda del Oso, a popular trail running through the valley carved by the Trubia River. Formerly a track for mining trains, the trail has been converted for recreational use and has a lot to recommend it: rapids, tunnels, cliffs, fountains, villages and, yes, bears.
Next Page